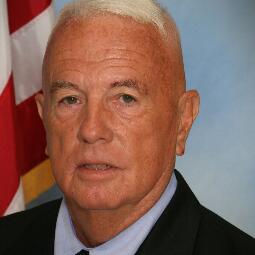 Don was born and raised in Central Indiana, where he attended Beech Grove High School and Purdue University. After retiring in 2009, he relocated to Virginia in June of 2011. Don and his wife, Sharon, have been married for 41 years. He has 5 children, 15 grandchildren, 4 step-grandchildren and 10 great-grandchildren. Don is a US Navy veteran of the Viet Nam era. Don was a volunteer with the Marion County Sheriff’s Department, a volunteer victim assistant in the Chaplain’s Office, and volunteered for several years with the Criminal Court Probation Department. Don also volunteered with the Pastoral Care Office of a hospital in Connecticut. Don has been a supporter and is currently National Co-Chaplain with the Virginia Missing In America Project. Don is a past Senior Vice Commander of Mayotte-Viens Post 13, Putnam American Legion, Department of Connecticut and a current member of Post 368 in Newport News, VA. He is also a member of Connecticut MOLLUS (Military Order Loyal Legion United States); a Past Department Commander of the Sons of Union Veterans of the Civil War, Department of Connecticut; and current Commander of H. A. Grant Camp 24 of the SUVCW and is a member of Clan Donnachaidh Society of Pitlochry, Scotland. Don has been a lay speaker in the United Methodist Church and the Congregational Church, UCC for a total of over 50 years. Don serves the Newport News, VA Police Department as the Alternate Lead Department Chaplain.